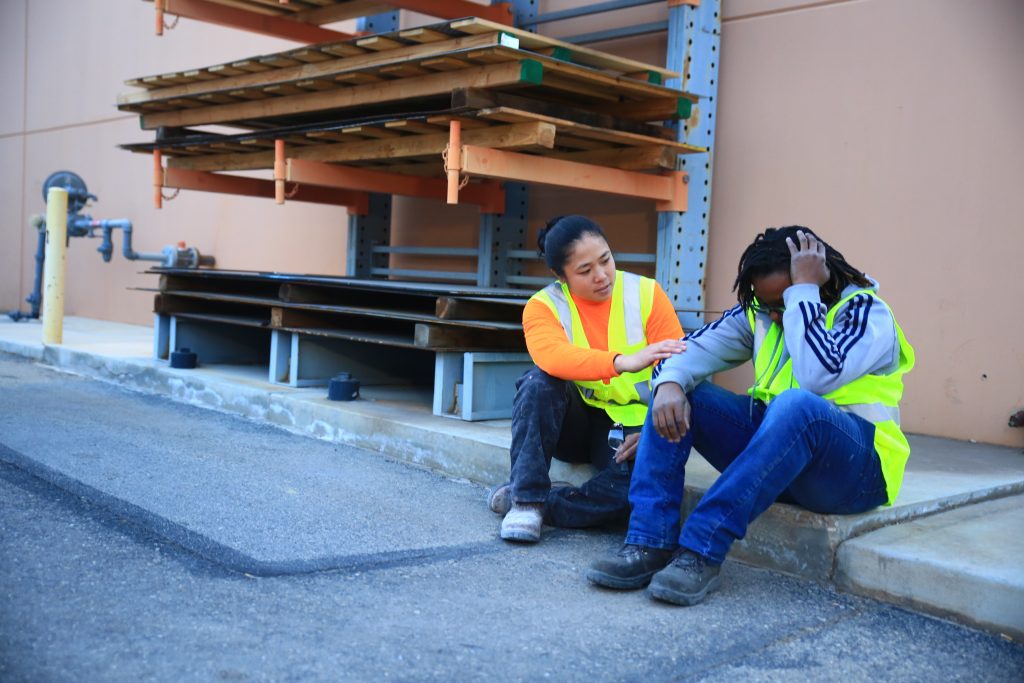 In 2017, as awareness of mental health and substance use disorder struggles increased, the unionized sheet metal industry launched its Helpline, operated around the clock by a licensed counselor and available to dependent families and members of the International Association of Sheet Metal, Air, Rail and Transportation (SMART) workers.

Created by the Sheet Metal Occupational Health Institute Trust Inc. (SMOHIT), the health and safety arm of SMART, the Helpline began as a temporary solution — but this year it celebrates five years as the most robust industry-specific help line in the building trades.

Jeremy Holburn, a licensed therapist, answers the calls day or night. He’s “the guy on the other end of the phone” who is there to triage mental health issues suffered by members or their loved ones and refer them to local professionals he vets himself. Holburn, who also has a construction background, “gets it,” said Aldo Zambetti, SMOHIT administrator.

“Having been on the jobsites, I know it’s needed,” Holburn said. “It’s also a stigma. I think it’s received well by the people who call, because I do get it. I understand the stigma of mental health. I understand the struggle of being a man who has been stuffing down and trying to manage mental health experiences with working harder, being tougher … I can meet them where they’re at.”

“People know who Jeremy is. They know what to expect,” Zambetti added. “We, as an industry, are challenging the stigma around asking for help with mental health concerns.”

When the phone rings, Holburn can expect any conversation, from a bad day at work or stress at home to suicidal ideologies and substance use disorder. There are endless reasons people need to talk, he said.

Johnny Walker, member of SMART Local 100 near Washington, D.C., and SMART Transportation Division Local 610 in Baltimore, first heard about the SMOHIT Helpline in 2019 and vowed to spread the word, handing out a card with the phone number on it until he ran out — “Sometimes people just want to talk,” he said.

One day this year, after a series of ups and downs, Walker called the number himself.

“I’m not ashamed to admit it. I called it and I didn’t know what to expect on the other end,” he said. “We all have these issues. We can’t ignore them as much as we try. We need to be able to accept that. Mental health is a serious issue.”

According to the United States Department of Labor, men working in construction have one of the highest suicide rates compared to other industries and about four times higher than the general population.

“We are a male-oriented, 20th-century trade in a 21st-century world. Our members should not be afraid to take a mental health break or talk about what’s going on,” Walker said. “You would not tell a thirsty co-worker on a hot day not to get a drink of water. Why would you not do the same when it comes to mental health?”

Since Holburn took over the Helpline a year ago, he’s noticed an increase in calls — enough for SMOHIT to approve the hiring of a second counselor who also understands the needs of SMART members. The SMOHIT team doesn’t want to stop there. They’d like to see more calls, more people utilizing the resource.

Because that means more people are talking and challenging the stigma even more.

“We have a silent disaster going on, which is the mental health of our members, and they need someone to turn to,” Zambetti said. “It’s good when the number of calls is growing because our brothers and sisters are using it. And not only getting it out to the members but also to their families.”

Jointly sponsored by SMART, the International Association of Sheet Metal, Air, Rail and Transportation workers, and the Sheet Metal and Air Conditioning Contractors’ National Association (SMACNA), the Sheet Metal Occupational Health Institute Trust (SMOHIT) Inc. was founded in 1986 to address the impact of decades-long asbestos exposure on those working in the sheet metal industry. To date, tens of thousands of union sheet metal workers have been screened as part of its ongoing Job Hazards Screening program (formerly Asbestos Screening). SMOHIT has since expanded its mission to operate on four separate but related tracks: monitor and document the health of union sheet metal workers related to workplace exposures and hazards; provide safety information and training to promote best practices on and off the job; advocate for the physical, mental and emotional health and safety of SMART and SMACNA members with government and through like-minded allied organizations; and provide diet, exercise and other lifestyle information to address the health and wellness of union members and contractors. For more information on SMOHIT, visit smohit.org or call 703-739-7130.